Taps are flowing in Langley with the construction of four new breweries underway that are expected to open on various dates this year.

Langley’s local “Craft Beer Tourist” Tim LaHay has been tasting beers locally and around the world for the past 2.5 years, and shares his experiences on his Instagram account to more than 21,000 followers.

He also writes for the BC Ale Trail, which is an online publication that highlights local craft brewery destinations, and offers recommended itineraries for self-guided craft beer tours.

2019 is poised to be a VERY BIG year for craft beer fans in my home town of Langley, British Columbia. There are four new craft breweries opening up this year and all of them are currently under construction. Join me as I drive to each of them and spend some time with brewery owners and brewmasters who graciously took some time to show me around and paint a picture of what their breweries will look like on opening day. #bccraftbeer #bcaletrail #craftbeertourist #langleybc #tourismbc #langleyfresh #craftbeerboom #craftbeerlife #beerblogger #bcbeer #beervlog #craftbeercommunity

LaHay said the growing craft beer scene in Langley is something he’s been “dreaming of.”

“It’s great to see all these people being able to open up.”

According to LaHay, craft beer is so popular because people want to support local product.

“You walk in, and see people making beer. They’re [brewers] all super friendly, and engage customers. It’s much like people who go to the local baker or produce place because they know it’s made down the street with quality ingredients.”

LaHay also explained that craft beer is a “conversation piece.”

“Craft beer is something you take your time with. There’s a beer out there for everyone when it comes to craft beer.”

While the community has two well-established drinking holes – Dead Frog Brewing, and Trading Post Brewery – there’s always room for more beer, according to the owner of Camp Beer Co., which is set to open this summer.

The brewery is being constructed in the site of the old Langley bingo hall at 19664 64 Ave.

Another highlight of the brewery is a 2,000 square feet outdoor patio with glass roll-up doors, a fire pit, and lighting that will provide a “family-friendly, outdoor space.”

For now, the brewery doesn’t have any core beers in mind, but Larsen said the business will “let the people of Langley tell us what they want.”

On tap will be everything from sour beers, dark beers, saisons, and specialized sessionable beers.

Larsen aims to offer a brewery with a more recreational and comfortable feel, where guests can lounge and play a game of cards, or read a book while enjoying a beer.

It's day two of CAMP collaboration week! Brewing a nice Czech Dark Lager with Jason at Big Ridge. This will be a crowd favorite. #campbeerco #bigridgebrewingco

Over at Farm Country Brewing in downtown Langley City at 20555 56th Ave., owners Arnold Tobler and Travis Keyworth have their sights set on opening the doors before the end of summer.

“We’re going to focus on sessionable beers. Beers that people can drink multiples of. Crisp, well-balanced beer. We like the weird beers as well and there will probably be a bit of that but for the most part you want to socialize over a few beers, so this is the place to come and do that,” explained Tobler.

When asked about the other breweries popping up around the same time, Tobler said “nobody sees each other as competition,” and added Trading Post Brewery has been a huge help to them.

Tobler said the four new breweries are planning a special collaboration brew that is set to be released at the Fort Langley Beer and Food Festival on May long weekend.

“I think it’s so cool we are part of it, and helping it grow.”

Farm Country Brewing is planned to have an 80-person tasting room, a patio that seats 20 people, and a special events area.

Further into North Langley is Smugglers’ Trail Caskworks, which is under construction at 9339 200A St., and is set to open in the fall.

Gregorig co-owns the brewery with Jamie Overgaard, and the two friends have been home brewing together for some time.

In order to get their beers out the door, Gregorig explained they have been contract brewing at Craft Collective Beerworks in Vancouver.

Once the brewery opens, the 5400 square feet area will accommodate 88 guests inside, and 40 guests on an outdoor patio.

One of the unique features at Smuggler’s Trail Caskworks is that the brewery will use beer engines to hand pump some of the drinks.

“It adds a nice, velvety mouth-feel to the beer,” explained Gregorig.

Another feature is a special fundraiser beer called Orion 1-1, where $1 per each bottle sold will be donated to the Honour House Society – a foundation that supports veterans and military personnel.

Gregorig explained Honour House was chosen because his close friend Captain Trevor Greene was the victim of an axe attack to the head while deployed overseas in Afghanistan in 2006, and was helped by Honour House.

The name was inspired by the Township of Langley’s five corners intersection, and the fact that five people have been involved in the project.

“We have a great team here, and a great concept of what we’re doing. It’s a great community hub.” added Fourt.

Head brewer Patrick Moore will be bringing more than 20 years of brewing experience to Five Roads.

“The industry itself is like no other. Everyone gets along – it’s very strange. People say ‘oh these other breweries are opening, you have competition.’ But I don’t see it as competition. I see it as neighbours. We all know each other, hang out together, and get along.” Moore explained.

Moore added the demand for craft beer has grown drastically in the last few years.

Five Roads can seat 49 guests, and will also offer a small food menu with things like flatbreads, and paninis. 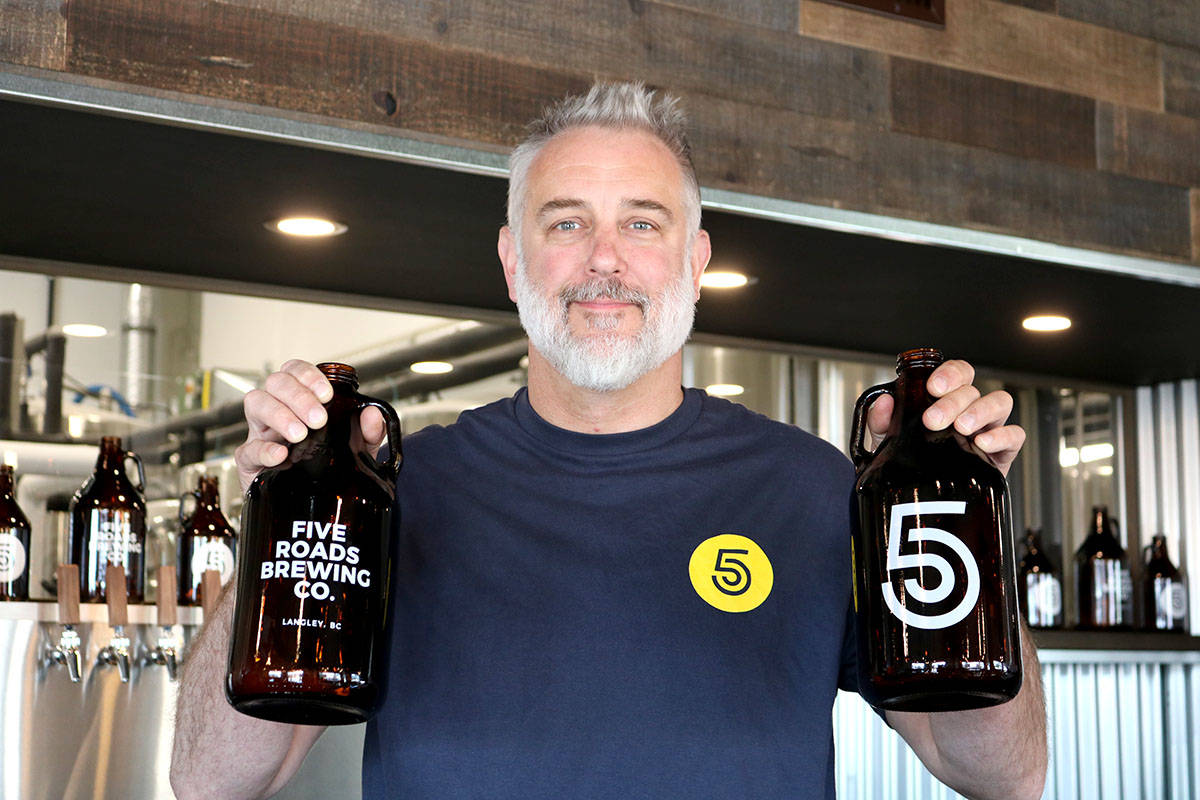 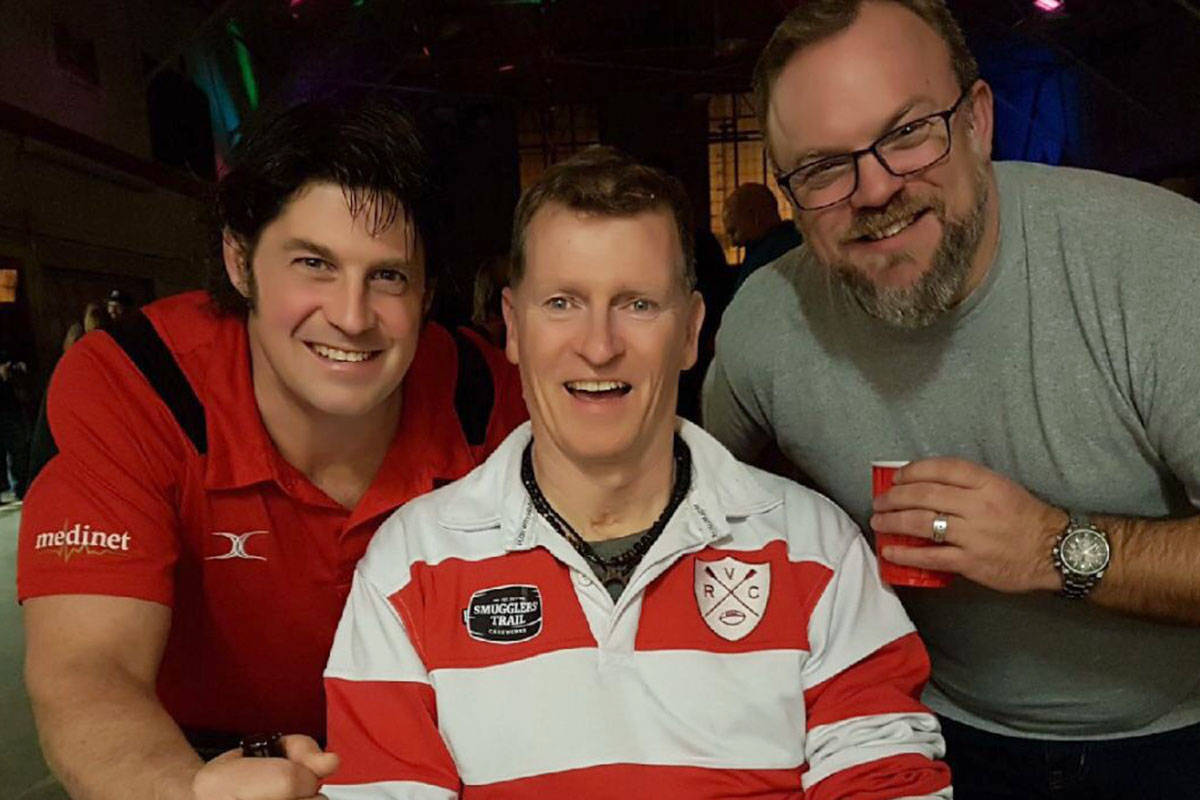 EXPLORE SURREY: Tee up some adventures in the city

Return to school to be delayed, says B.C. Education Minister

One dead as fish boat sinks off southern Vancouver Island

The province has recorded no new deaths in recent days

Harris and Biden plan to deliver remarks Wednesday in Wilmington

Wedding rings of Michelle Buchan’s have since been recovered, but much is still missing

‘Agitated’ man pulls out knife on 3 people in Abbotsford

Witnesses sought for incident on Monday night near city hall