Vancouver Giants fell 3-2 in overtime to the Spokane Chiefs in Game 3 of the Western Conference Championship series Tuesday night.

Jake McGrew scored at 8:51 of overtime giving the Chiefs their first win of the series before a home town audience.

Eli Zummack and Luke Toporowski had goals in regulation for the Chiefs while Justin Sourdif and Jared Dmytriw responded with goals for the Giants.

Goaltender David Tendeck made 35 saves in net for Vancouver while Bailey Brkin stopped 27 for Spokane.

The Giants still maintain a 2-1 series lead with Game 4 set for tonight.

RECAP: The Giants dropped a 3-2 overtime decision in Game 3 of the Western Conference Championship Series. The G-Men still lead the series 2-1 and will play Game 4 tomorrow at 7:05 PM.

After a scoreless first period, Eli Zummack put Spokane on the board in the second when he knocked home a Nolan Reid rebound past David Tendeck. Luke Toporowski secured the second assist.

Giants responded in the third period when Justin Sourdif potted his first goal of the 2019 playoffs at 2:22 off a shot from the right-wing circle off the rush.Milos Roman and Kaleb Bulych drew the helpers.

Luke Toporowski answered with a goal for Spokane off a two-on-one rush.Riley Woods and Eli Zummack assisted as Spokane took their second lead of the night.

Giants power play forced the game into overtime with a clutch goal at 17:01. Jared Dmytriw’s shot from the left-wing boards deflected off a Spokane defender and through Bailey Brkin.

It was Dmytriw’s seventh goal of the playoffs and third of the series and was assisted by Alex Kannok Leipert and Lukas Svejkovsky.

Overtime saw Jake McGrew help the Chiefs secure their first win of the series at 8:51 when he knocked a low shot through the legs of David Tendeck off a scrum in front of the net. Bobby Russell had the lone assist.

The Spokane Chiefs are 0/5 on their power play so far in the series.

Jared Dmytriw extended his point-streak to five straight games and now has five goals and three assists for eight points in that span.

About 85 fans of the Langley-based Giants cheered the team on from the Langley Events Centre, watching the Spokane game unfold at the inaugural playoff watch party held by the Vancouver Giants booster club.

Fans will be back at the LEC for the second Spokane game Wednesday night.

Tickets are $15 at the banquet hall door.

Game 4 can also be watched at Pat Quinn’s Restaurant at Tsawwassen Springs in Delta.

Is there more to this story? 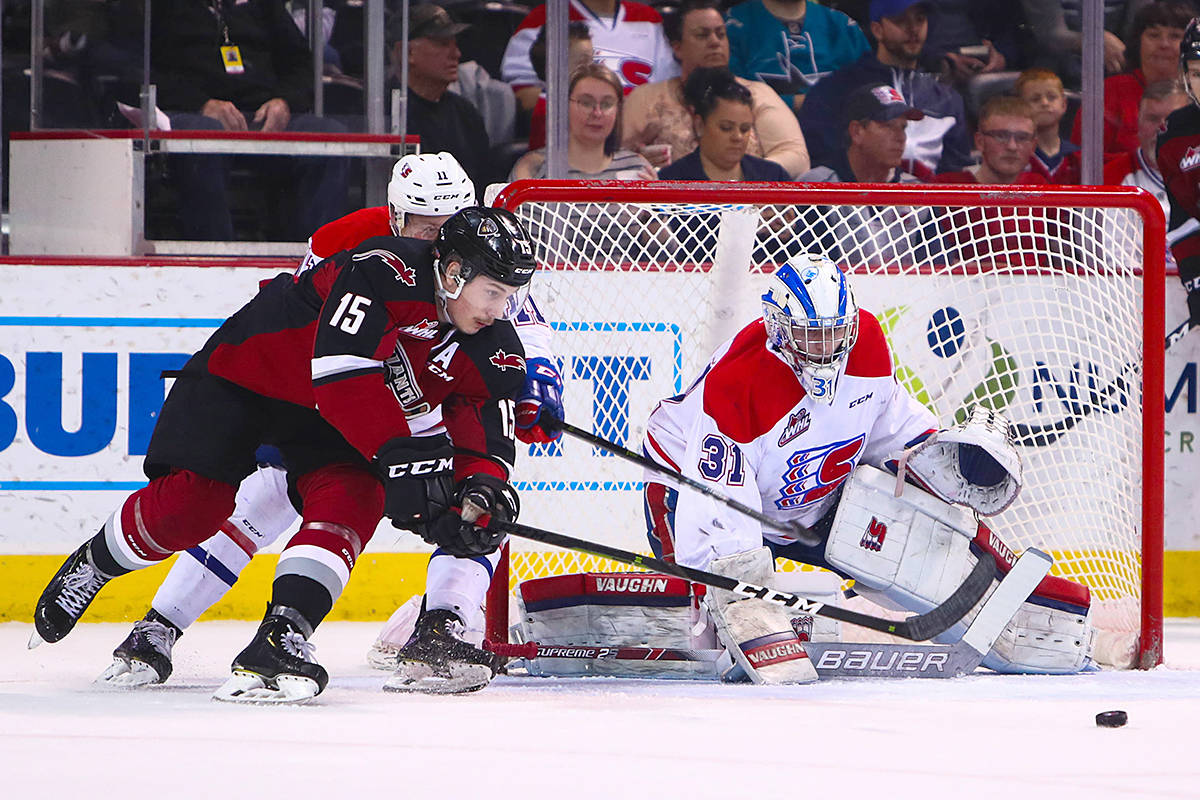 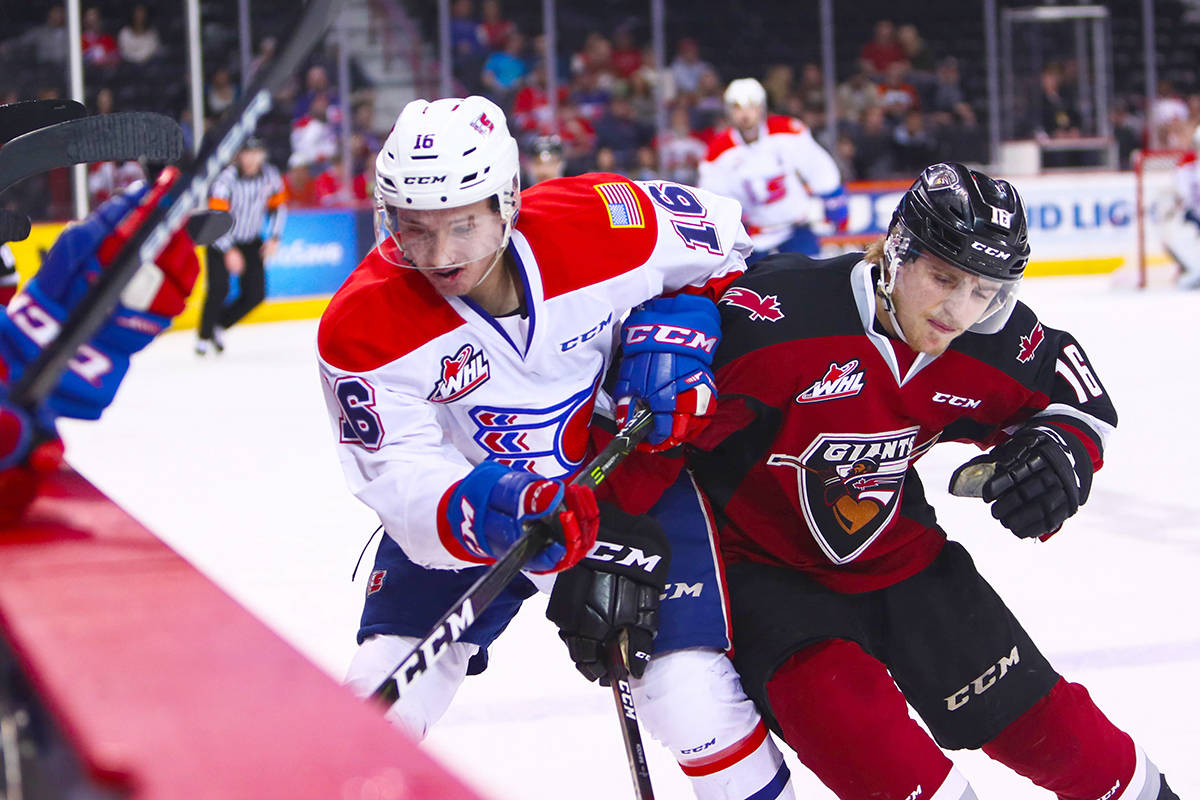