Not much has happened on that southeast side of 64th Avenue and King George Boulevard over the past couple of decades, which is a bit odd for such a high-profile corner of Surrey. A roller rink, paint store, antiques shop, auto body – all operated there many years ago, but the most notable occupant of the land was a public market that did business from the mid-1980s until the late-1990s.

Two incarnations of Surrey Public Market existed, first in a building that hugged the street corner. Later, a new owner/operator built a fancier, more modern structure about a hundred yards to the south, where a market bustled for several years before vendors moved out and doors closed. That building, increasingly dilapidated, sat empty for close to 20 years before it was torn down in the fall of 2017.

And so the site sits today, deserted. The old concrete parking structure remains, as do signs promising creekside condos, a trailer, some trash and piles of dirt.

“When I drive by, it’s hard to see that land just sitting there, growing grass,” said Tim Vogel, chairman and CEO of Cloverdale Paint, which operated in a quonset hut-type building from 1956 to 1973. Several years passed before Vogel’s father, Wink, welcomed food vendors as tenants and opened a market, after Scott Antiques and Surrey Auto Body had vacated the space. 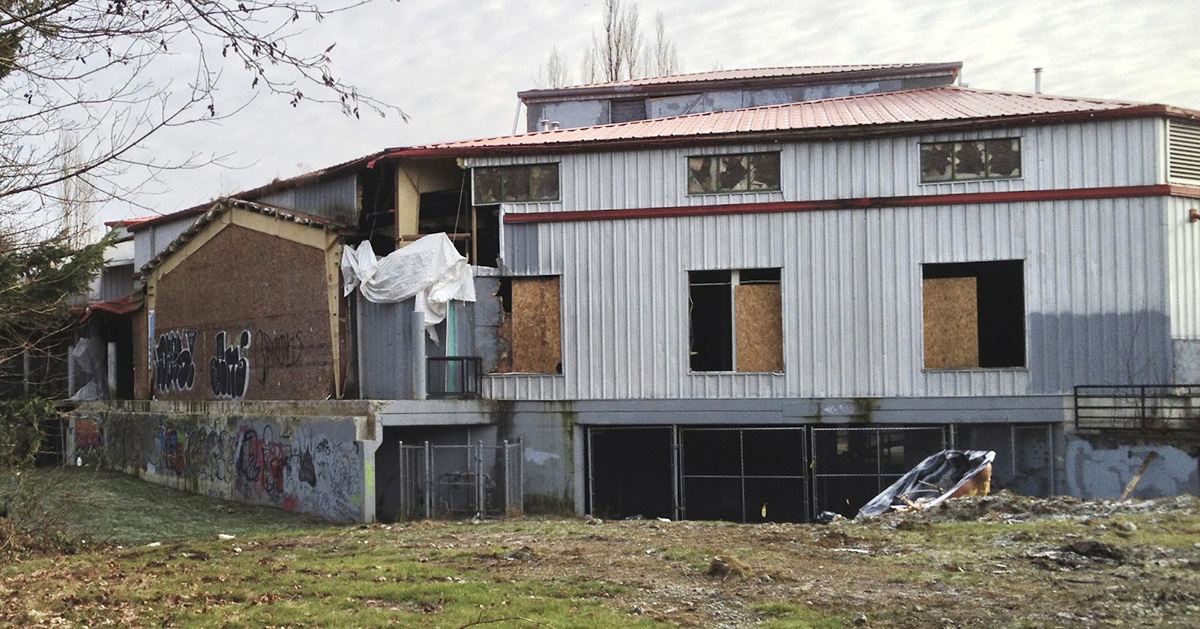 PICTURED: The “new” Surrey Public Market building after it had closed and sat empty for two decades. (Photo: renewtonnation.blogspot.com)

“Granville Island (public market) had started up a few years before, so it totally made sense,” Tim Vogel said. “Some (vendors) were doing fast food, some doing produce, noodles, butchers, different things, and that ran for about five years, quite successfully that way.”

Jude Hannah has lived in that area of Newton since her 20s, after a “temporary” move from New Westminster in the summer of Expo 86. At the corner, she remembers “a really ugly, funky,” bunker of a building in the mid-1980s.

“The original market was so busy, it was amazing,” Hannah recalled. “They had two meat markets, two big vegetable stands, fish, and then in another part there was sort of a takeout area, almost a food court. I remember this one older Japanese couple who made the best Japanese food ever, and if you were in a hurry, forget it, because they moved very slowly and didn’t speak any English, but the food was amazing. They were really sweet.”

It was just a great place to walk to and do some shopping, Hannah added. “It wasn’t pretty but the vendors there were all amazing.” 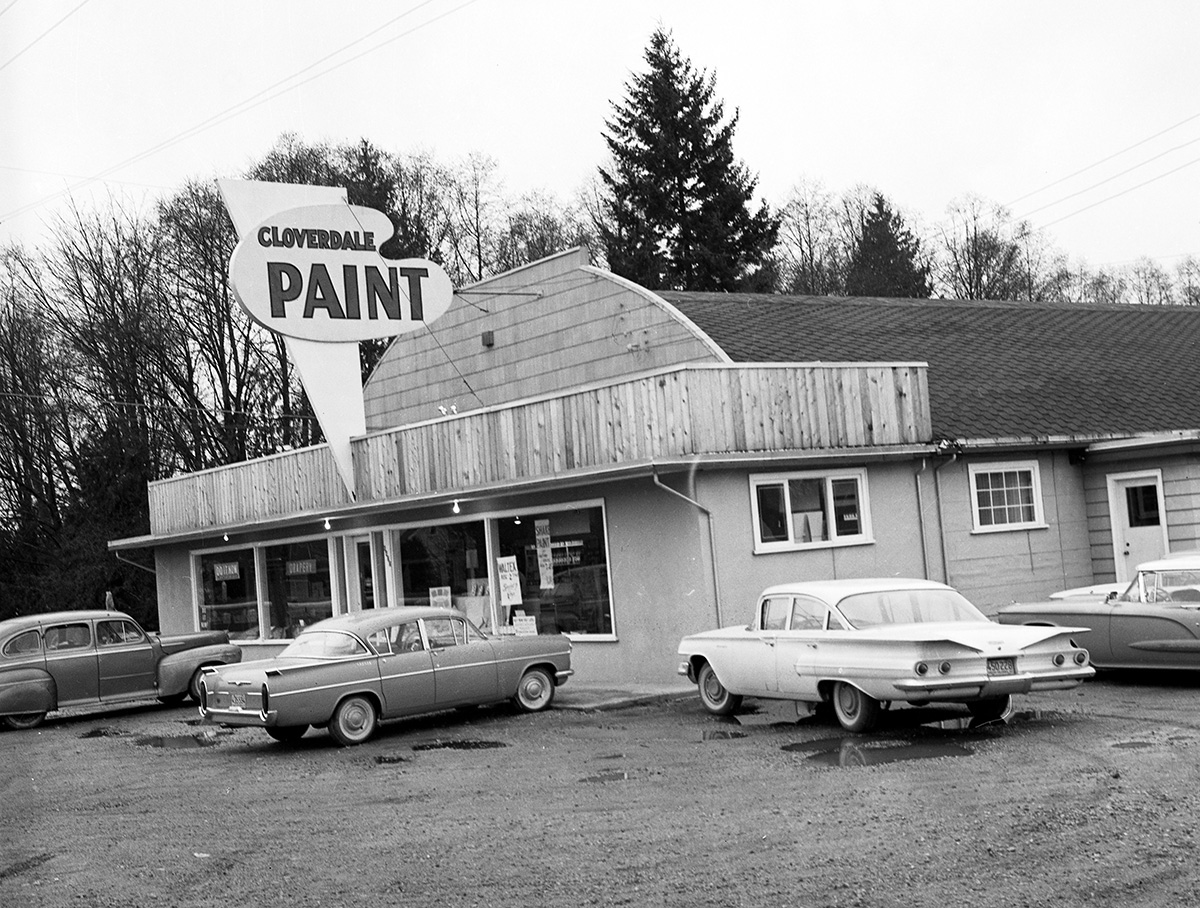 Wink Vogel sold the old building to a new owner, who tore it down and constructed a market for the 1990s. It didn’t last long, just eight years.

“It’s kind of unfortunate because it turned into more of a flea market than a public market,” Tim Vogel remembered.

Word on the street was that sky-high rents drove vendors out, according to Hannah, who remembers sipping cappuccino at Pistol & Burnes while visiting the market with her young son.

“I think a lot of vendors tried to make a go of it, but it wasn’t warm and welcoming in there, it was cavernous, and the rent was so expensive, so one by one they started to leave,” Hannah said. “It was around 1998 that it closed.”

In those years when the building sat vacant, it attracted rats, squatters, taggers, vandals, “urban explorers” and art photographers alike. For a look inside during that time, check out Jonathan Lee’s photos posted to jonathanreginaldlee.com/surrey-public-market. 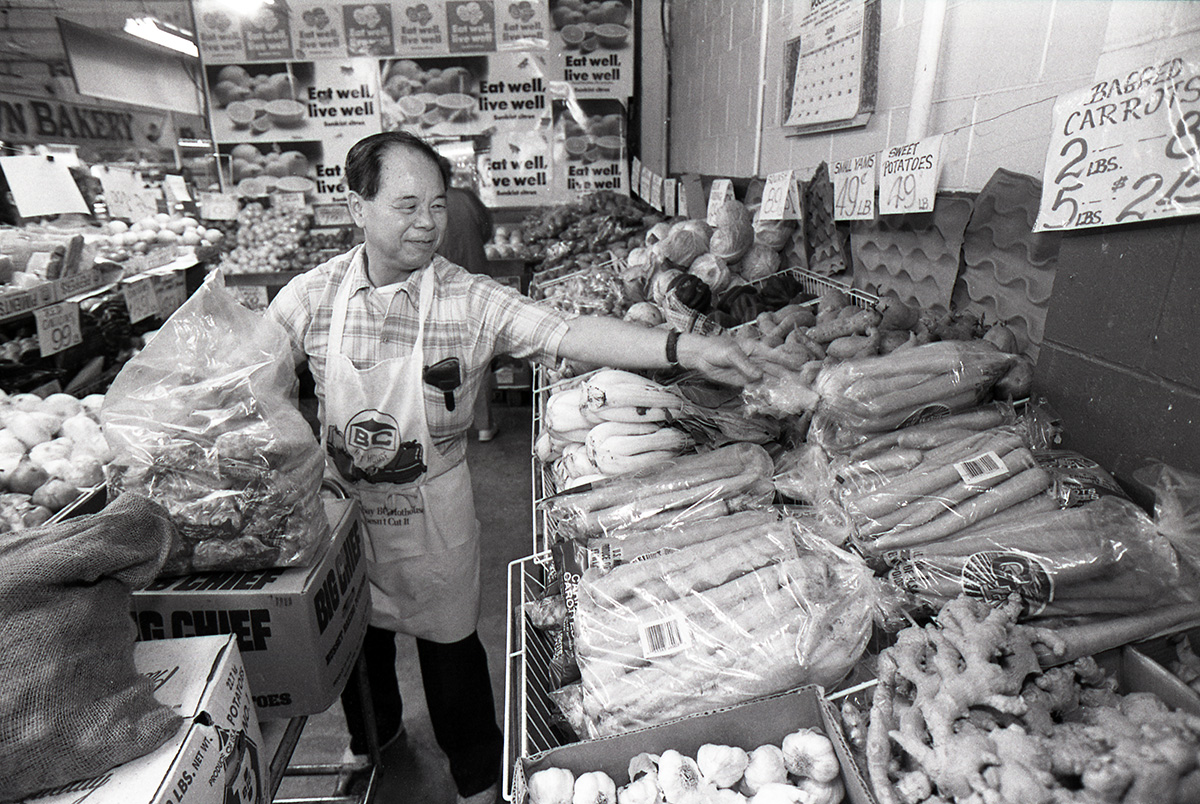 Some condo/commercial projects have been pitched for the former market property, but none have materialized. Requirements for stream setbacks have been an impediment to development, and the property has reportedly changed hands a few times.

On 64th Avenue, a graffiti-covered City of Surrey development sign proposes a mixed commercial/residential project of three one-storey buildings and one six-storey building. A “Yorkton Place” condo project never got off the ground, although artist renderings are still posted to yorktongroup.com. “The Yorkton Place land development project was sold to another developer approximately 16 months after start-up, with a substantial profit achieved,” the website says. “All Yorkton Place investors received a very good return on their investments. The project is now closed.” 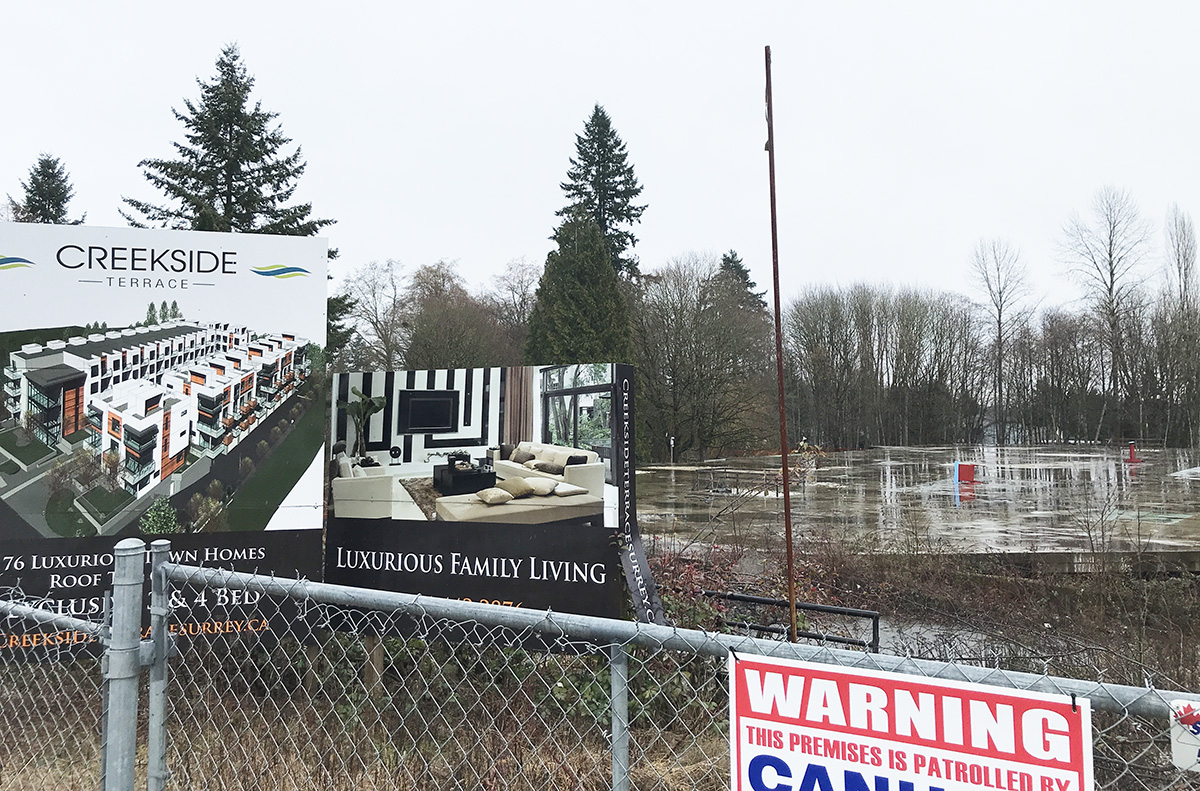 Back in 2012, Hannah publicly pushed for the vacant market building to be demolished, and got her wish five years later when an excavator went to work. At the time, she was ready to pop open a bottle of champagne to celebrate site development of some kind, but cork has yet to fly.

“It’s just sitting there,” said Hannah. “It’d be nice to have something happen, and I was very vocal about it at one time. Now I’ve just accepted that nothing will get done.”

• RELATED STORY, from 2018: Brushing up on history: A Surrey paint company marks 85 years in business with new lab.

Meantime, today Cloverdale Paint operates a large factory/store on land nine blocks to the north, 65 years after the company moved into the former Midway roller rink on 64th Avenue, then known as Bose Road.

A 1950s-era anecdote is included in a book that chronicles the paint company’s history: “The Newton branch store was situated where the entrance had been, on the front of the 6,000-square-foot roller rink. In the store’s early days, Wink worked there alone. On quiet days, he would lace up his roller skates and cruise around the beautiful maple floors backing the store. Customers got a chuckle out of this service on wheels.”

Bumpers and other teen dance clubs were big in the 1980s

How a zoo in Newton once attracted animal lovers

Surrey Now & Then is a weekly look back at Surrey-area landmark sites and events, and how they evolved over the years. Email story ideas and tips to tom.zillich@surreynowleader.com. We thank Surrey Archives for assistance with this series.

Man charged in relation to four separate robberies in Cloverdale

Event to “teach about diversity, identity of different cultures around the world”

Measures from 2020 budget were delayed due to COVID-19

B.C. high court finds in favour of large landowner in fight over access to pair of lakes

B.C. top doctor has power to restrict access to a place during health hazard: lawyer

Why it’s ‘urgent’ B.C. teachers get vaccinated from COVID-19 before summer