Leaders of a First Nation in B.C.’s Cariboo are pushing for meaningful partnerships and better emergency management in a new report on the 2017 wildfire season that devastated the region.

The Tsilhqot’in National Government released its 120-page report, entitled The Fires Awakened Us, on Wednesday, setting out what went wrong and what each of the six Tsilhqot’in communities went through during the disaster.

It lists 33 calls to action, including recognition of inherent Indigenous jurisdiction in emergency response and recovery, improved equipment and infrastructure, and enhanced processes and protocols.

Speaking at the joint announcement at UBC’s Vancouver campus, Tletinqox’in Chief and TNG Tribal Chair Joe Alphonse didn’t mince words when recalling the day the RCMP threatened to take people’s children away for refusing to follow an evacuation order.

“This is our experience, how we managed this and what we expect,” Alphonse said. “[The government] collects all the money they make off our land and then they control all that money. We’re placed in situations where we’re fighting and arguing, trying to claw a little bit of that [back] just so we can look after our own people. …

“If we are not heard, if we’re not listened to, … the next major big fire, we’ll tell the forest service and everybody else to stay the hell out.”

A year ago, the Tsilhqot’in government made a deal with the province and Indigenous Services Canada that focused on improving emergency management within its communities.

Under that deal, the federal agency has provided funding toward an emergency management co-ordinator for one year and a feasibility study on the creation of a regional emergency centre.

Alphonse said wildfires prompted his people to be ordered to leave their homes in 2009 and 2010. They were placed in gymnasiums and cafeterias without access to their own foods, and felt isolated and alone.

After having to evacuated their town again in 2017, “We said we would never do that again.”

Forests Minister Doug Donaldson said the report comes out of the Collaborative Emergency Management Agreement and is a strong starting point.

Said federal Minister of Indigenous Services Seamus O’Regan: “The Government of Canada stands with First Nations and all British Columbians every step of the way as they rebuild and recover from the devastation caused by wildfires and flooding in the past two years.”

Among many other items, the report calls for an Indigenous-led emergency centre with satellite sites to connect isolated or remote communities, as well teaching First Nations communities to clean up and “fire-smart” their yards.

“Something as simple as living in a fire zone … most of our homes are cheap plywood, cheap roofing,” Alphonse added. “We need to change how we build.” 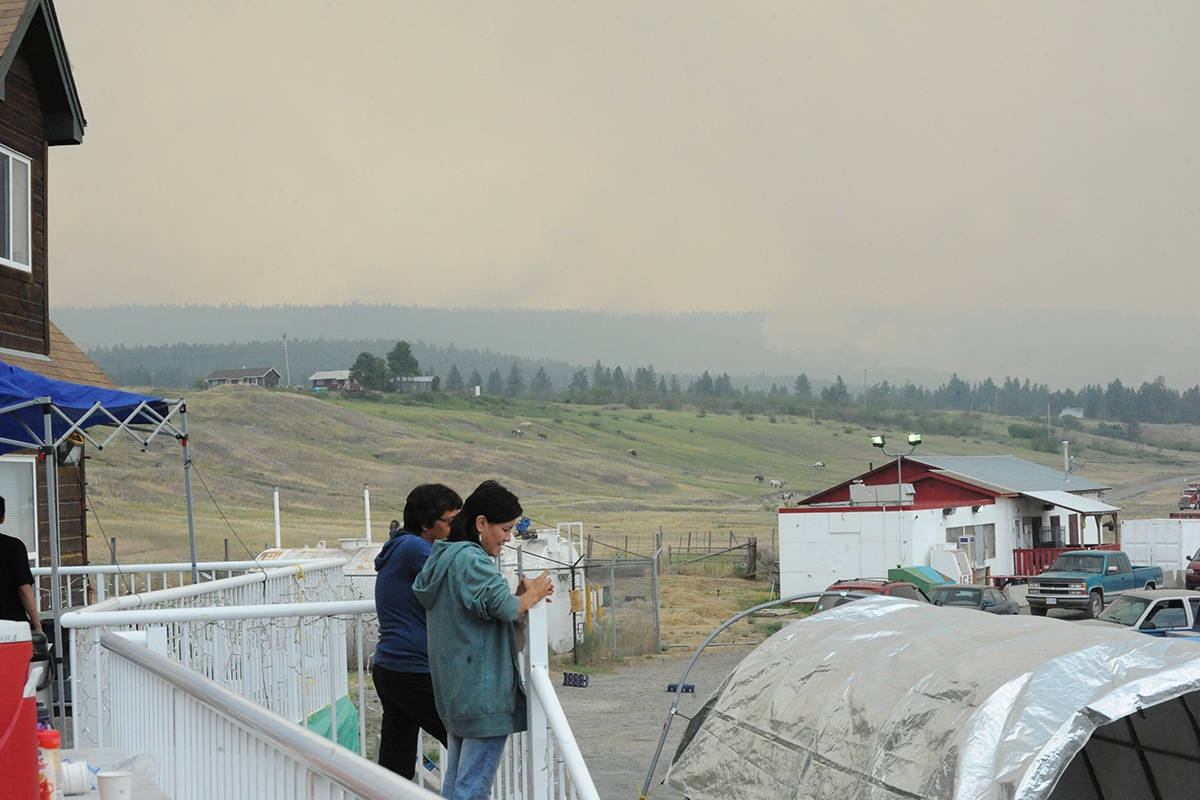 Chief Joe Alphonse talked about his community’s decision to stay during the 2017 wildfires at a press conference at UBC Wednesday during the release of their report The Fires Awakened Us. Angie Mindus photo