Surrey’s five federal ridings promise plenty of intrigue, if and when voters go to the polls later this summer or fall.

A snap election call by Prime Minister Justin Trudeau would trigger the second federal vote in less than two years.

On Oct. 21, 2019, Trudeau’s Liberals lost some political ground in Surrey but saw three incumbent MPs re-elected in what became a Liberal minority government, with the Conservatives again in official opposition.

• RELATED STORY: Canada could be seeing snap election on Sept. 20, according to reports.

According to four unnamed sources, Trudeau is planning to make the formal announcement on Sunday (Aug. 15), following a visit with newly appointed Governor General Mary Simon where he must ask her to dissolve Parliament. 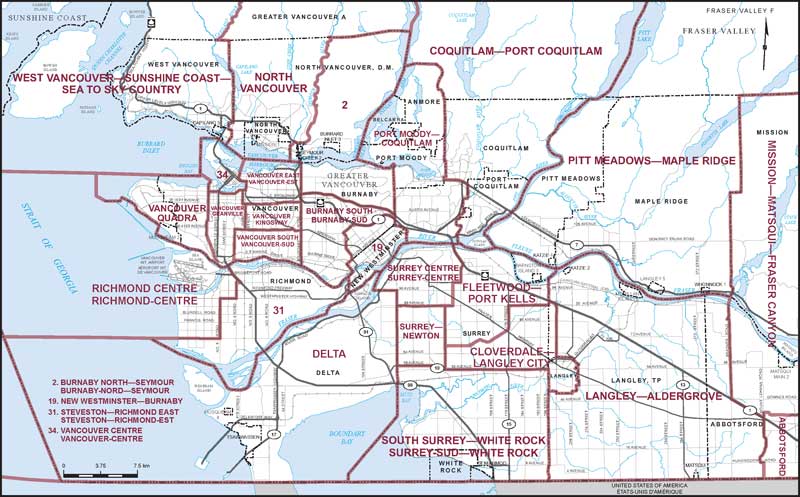 In Surrey-area ridings, some candidates have already been announced for the next federal election.

Dave Hayer will represent the Conservatives in Fleetwood-Port Kells, according to a July 19 news release.

Syed Mohsin is listed as the Conservative candidate in Surrey-Newton.

Rajesh Jayaprakash is said to carry the NDP flag in Cloverdale-Langley City.

The Elections Canada website (elections.ca) is a resource for all federal election information, including voter registration, riding profiles, past election results and more.

One injured in Surrey shooting