In order for the application to go forward, city council needs to approve a change to the West Clayton Neighbourhood Concept Plan, and rezone the land from one-acre residential to multiple residential 30.

The developers are also asking for a development variance permit to allow them to reduce the setbacks along all four lot lines.

The city staff report that went before council on Monday recommended that the amendment to the neighbourhood concept plan and the rezoning go forward, and that the developer be allowed to draft development and development variance permits.

The city staff report notes that “the proposed density is not considered to be precedent setting. Future development proposals requesting a higher density than that prescribed in the West Clayton NCP will be considered on a case-by-case basis, and evaluated carefully on the basis of their consistency with the vision and guiding principles of the West Clayton NCP.”

The site is across the street from Salish Secondary School, which is set to open this fall, and, according to the report, it is within 800 metres of a future rapid transit station.

The 95-unit townhouse project includes 16, three-storey buildings. All townhouses have three bedrooms, and they range in size from 1,484 sq.ft. to 1,670 sq. ft. There will be a double car garage for each townhouse.

There are 84 existing trees on the site; the 32 species include apple, plum, and cherry trees. The development would remove 77 of them. According to bylaw, the developer would be required to plant 154 replacement trees on site, but the applicant has proposed instead to plant 70 replacement trees and pay cash-in-lieu totaling $33,600, or $400 per tree, to make up the deficit, as per the city’s tree protection bylaw. The applicant has also volunteered a $50,000 cash contribution to Surrey’s Parks, Recreation and Culture department for upgrades for a nearby future park to the west of the subject site.

Councillors Bruce Hayne and Dave Woods spoke against the project, citing concerns on doubling the density in the area. Hayne expressed concerns that the project would be used as a precedent for other developers in the area wanting to increase density beyond the NCP guidelines, and Woods noted that the future rapid transit, when completed, would be more than a half mile away.

When the proposal was read for the third time, it passed 5–3, with Hayne, Woods and Counc. Mary Martin opposed. 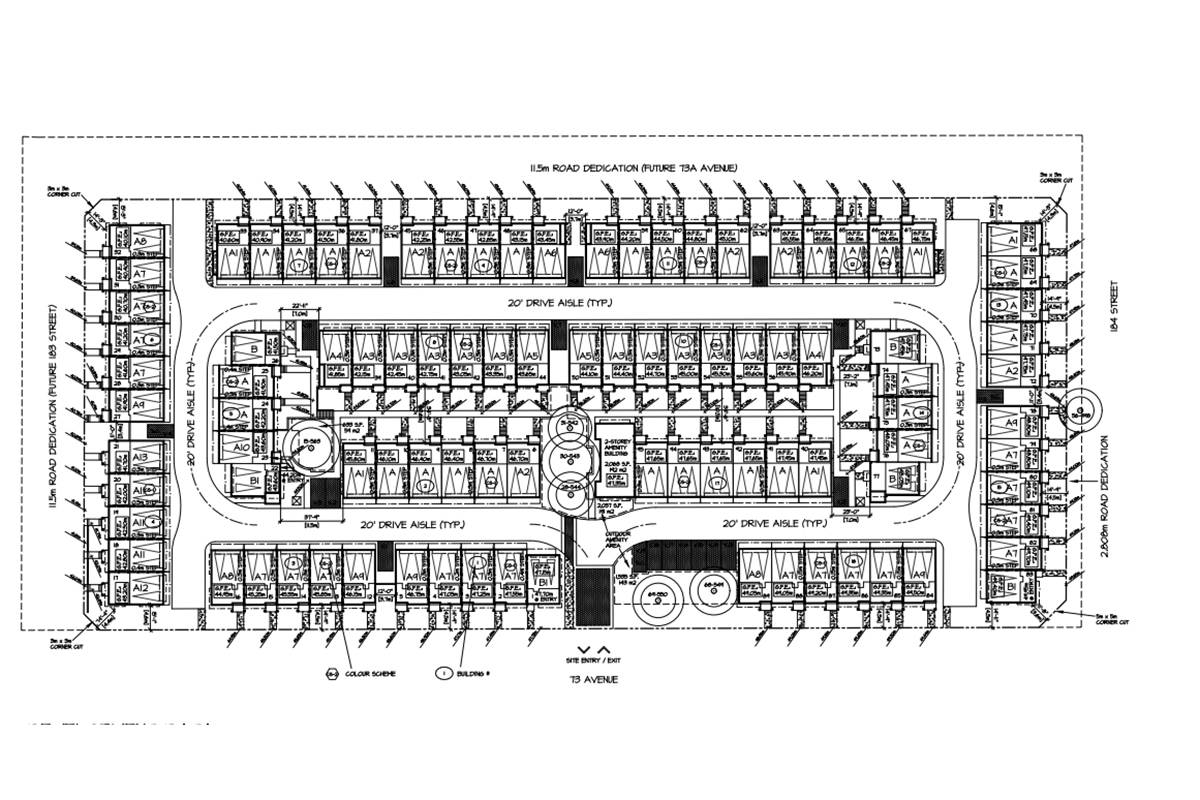