Dan Berg described the series of events that led him to hear about the rings on the Shuswap Lake ice spotted and photographed by a Sunnybrae resident as a synchronicity — a fateful coincidence.

It was not so much the circles themselves, but what he was doing the evening of March 3, the night before they were discovered, that got Berg’s attention. He was attempting to contact visitors from other planets.

Along with another man he met online in the forums of the Center for the Study of Extraterrestrial Intelligence (CSETI) website, Berg conducted a Close Encounter of the Fifth Kind (CE-5) protocol. They chose the beach near the Old Town Bay Marina in Sicamous as a location because Berg lives in Revelstoke and his fellow extraterrestrial seeker is from Salmon Arm.

He described the protocol as a way to initiate peaceful contact with interstellar visitors.

“The protocols were designed by Dr. Stephen Greer who did the documentary Unacknowledged which I recommend everybody watch, and essentially it’s meditation through consciousness.”

“In my meditation all I did was concentrate on the edge of the Rocky Mountains and Shuswap Lake for 40 minutes nonstop,” he said.

After completing the meditation and scanning the foggy sky for signs of life until about 11:30 p.m., Berg and his companion left, thinking it had been an unsuccessful excursion.

Days later, a coworker who was aware of his interest in extraterrestrial visitors showed him a picture of the ice circles which was originally provided to the Salmon Arm Observer and then shared with the Revelstoke Review.

“I think it was kind of cool and kind of ironic that something as strange as those circles that no one has ever seen before showed up the night that we were out here,” Berg said.

He added he isn’t saying with any certainty that the circles have any link to the protocol, but thinks it is an interesting coincidence and a fun idea to entertain.

Whether the circles in the ice were some easily explainable phenomenon or a cryptic message from the stars, Berg plans to keep trying to make peaceful contact with extraterrestrials.

He is spurred on by the online community who discuss and share their experiences and successes performing the protocol.

“Had I not seen them successfully done online I would never have thought to even try such a thing.”

Berg said he is interested in putting together a group to go out and perform the protocol regularly.

“I encourage people to check it out, it expands the mind a little bit — a lot,” he said.

To report a typo, email:
newstips@saobserver.net. 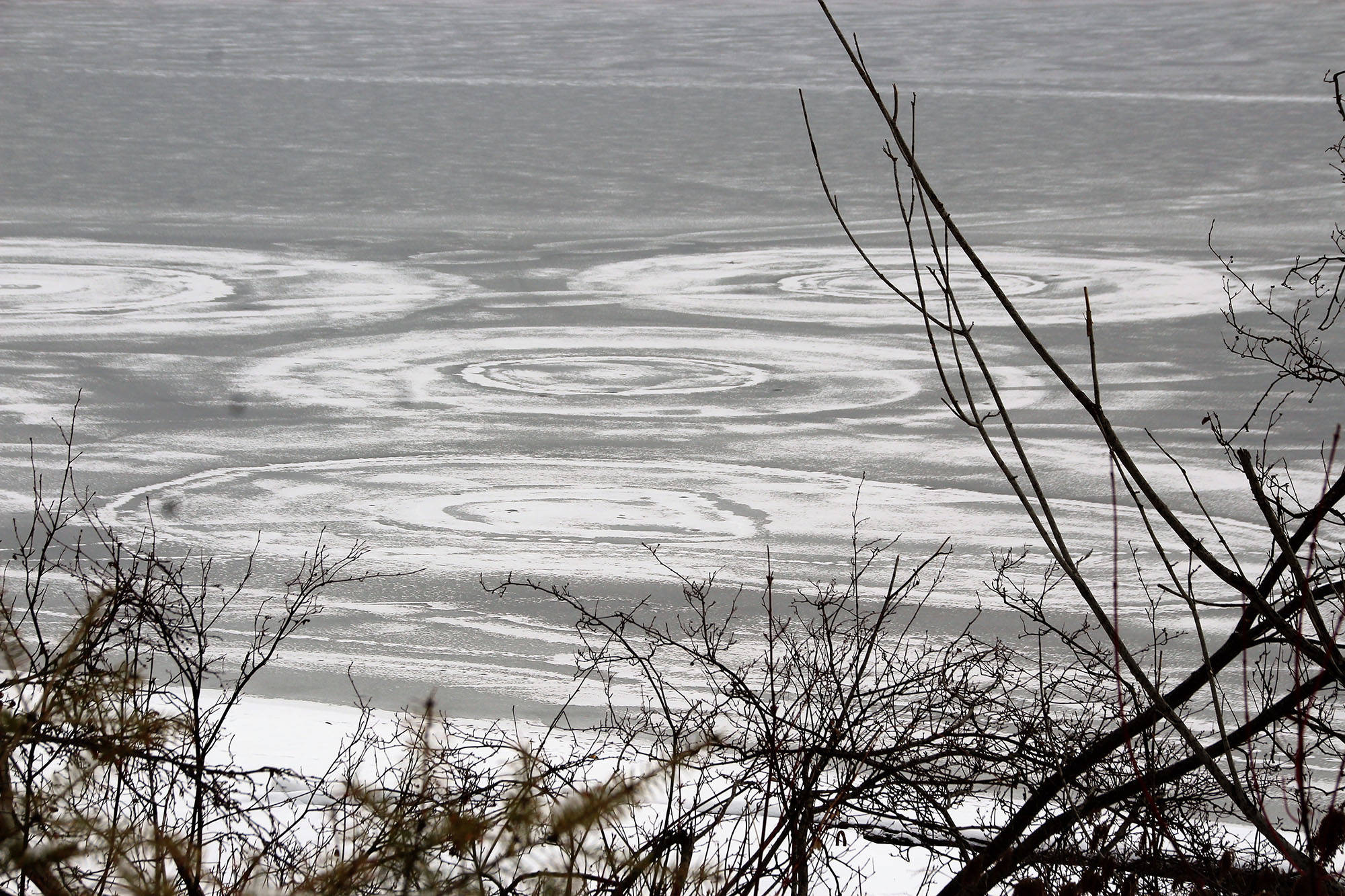 Photographs of circles in the ice of Shuswap lake were taken on March 4. (Photo contributed)