An online petition calling for the reinstatement of a White Rock crossing guard has garnered more than 1,100 signatures in less than a week.

The change.org appeal was launched early last week, after Pat Savage says it was made clear to her that the volunteer post that she’d been manning outside of White Rock Elementary was no longer hers – news she says was delivered by a Frontiersmen of the Commonwealth captain twice: first during an exchange that became heated on Feb. 3, and again the following morning, at the crosswalk itself.

The captain “said something about a stop sign and I was fired,” Savage said Monday of the Feb. 3 conversation. Then on the Tuesday, “I got fired again.”

But while Savage, 75, alleges what transpired was the culmination of months of increasing disrespect – and concedes that she shared a few choice words of her own during the latest interactions – Capt. Len Mann said the issue arose from Savage not following the organization’s rules.

“She’s not following the rules, she’s not respecting the commanders that are above her,” Mann said, citing incidents of uniform violations and finding Savage at the crosswalk that Feb. 4 morning without the required stop sign.

She also didn’t respond to his messages about setting up a meeting to try and resolve the matter, he said.

“As far as we’re concerned now, she’s out of the organization. It’s nothing personal.”

Savage said she had left the stop sign at Mann’s home following the Feb. 3 incident, and went to the crosswalk on Tuesday because she wasn’t sure anyone else would be there to look after the children’s safety on such short notice.

Parent Jen Findlay, who operates an after-school art studio near the Johnston Road crosswalk that Savage was responsible for, told Peace Arch News she launched the petition after witnessing what had transpired that Tuesday morning, seeing how shaken it made Savage and then speaking with a “very bullish” Frontiersmen official later that week about the situation.

“It was very bizarre. Seems like they’re upholding these old traditions,” Findlay said.

“They should worry about the safety of the kids, not whether (Savage) is liked. The kids are very nice and polite, the parents have to grow up and realize what we’re here for.

“If we let the guards do whatever they want, we’d have no control over the organization.”

Findlay said she hopes to raise awareness, and to inspire change in how the organization is run. She said for her own kids, a crossing guard “is a safe place,” she said.

“Sometimes, you see them more than you see your grandparents.”

She’s also offered Savage a job supervising the after-school program at her business; a role Savage said will enable her to continue seeing many of the children she’s helped cross the road.

She said the appreciation shown by the children “does a heart good.”

Regarding the petition, Savage said she has been “absolutely overwhelmed” by the response.

“I can’t thank them enough – in fact, from the bottom of my heart.” 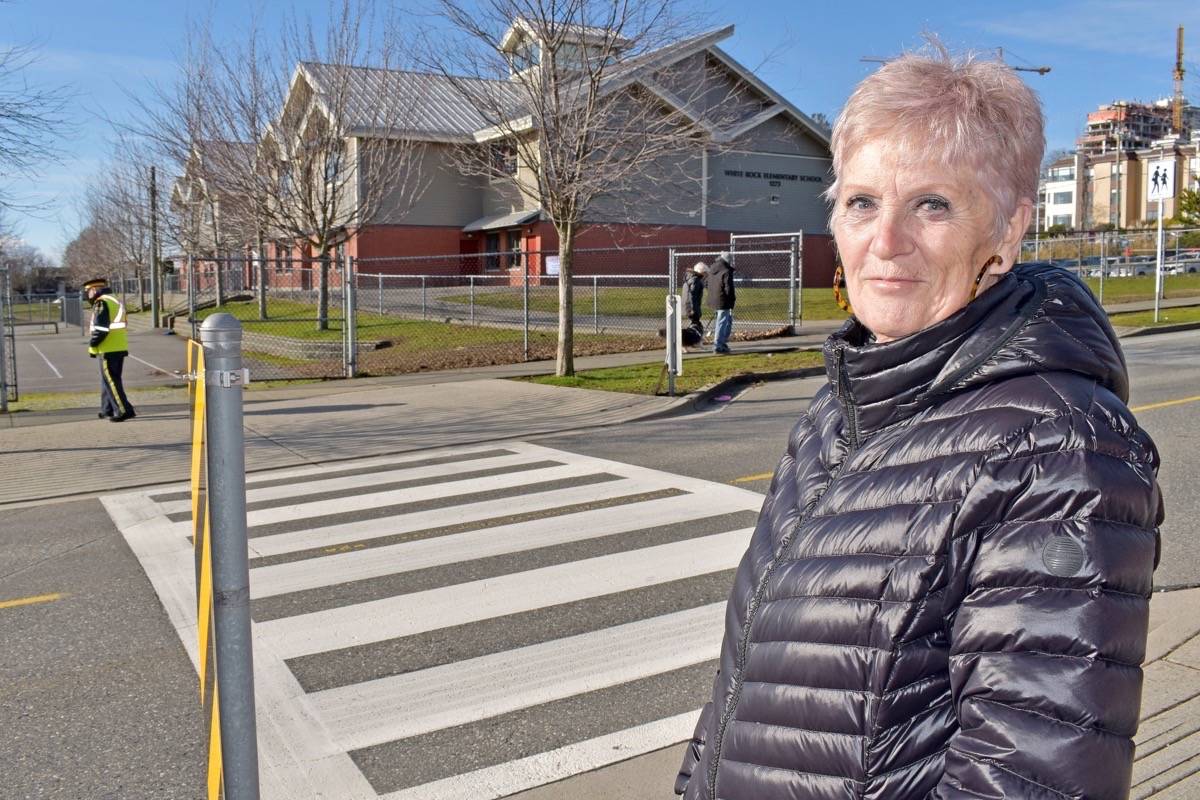