An entertainment centre billed as “Metro Vancouver’s Largest Indoor Amusement Park” is set to open in Surrey, in 27,000 square feet of space near Pattullo Bridge and Scott Road SkyTrain Station.

The attraction, built over the past six months, is scheduled to open in early March, in time for spring break.

On Thursday (Feb. 6) the Now-Leader was given an exclusive tour of the facility, operated by Surrey-raised brothers Erik, Glen and Steve Vilio, in another of their Willow Industries entertainment ventures.

The fun park’s roller rink is approximately three-quarters the size of the one the siblings operated for eight years as Central City Arena, in the former Stardust building in Whalley, until their lease there ended in 2018.

“It’s what we could fit (in the fun park space),” Glen Vilio said of the new roller rink. “We maximized the size of what we could put into this space.”

A new rink floor will be installed over the next week or so, along with the “City Golf” mini course that will curve around the outside of the rink boards.

SCROLL DOWN TO SEE MORE PHOTOS

No roller or ball hockey games will be played in the rink.

“During the day we’re going to have the boardwalk skate and in the evening we’ll turn it into the disco skate,” Erik noted.

“Especially with the giant disco ball, it doesn’t go well with hockey,” he added with a laugh.

People can bring their own skates to use, or rent a pair.

“In the evening we think it will be the perfect date place,” Erik said, “and during the days of course there will be a lot of birthday parties, but in the evenings – pretty much all ages, and we think it’s going to be a big tourist attraction.”

Willow Industries operates a number of other family-oriented facilities in the Lower Mainland, including Go Bananas and the Funky Monkey Fun Park on 104th Avenue in Surrey, near 138th Street.

At Central City Fun Park, the smaller-scale bowling area involves five-pin balls and 10 pins on the opposite end of the eight alleys, with electronic scoring.

“The beautiful part of this, no bowling shoes are required,” Glen said. “You just walk up on the lanes and let ‘er rip.”

The fun park, online at centralcityfunpark.com, is located in a complex also home to CDI College, Bridgeview Self Storage, The Hive rock climbing centre and Calvary Church. 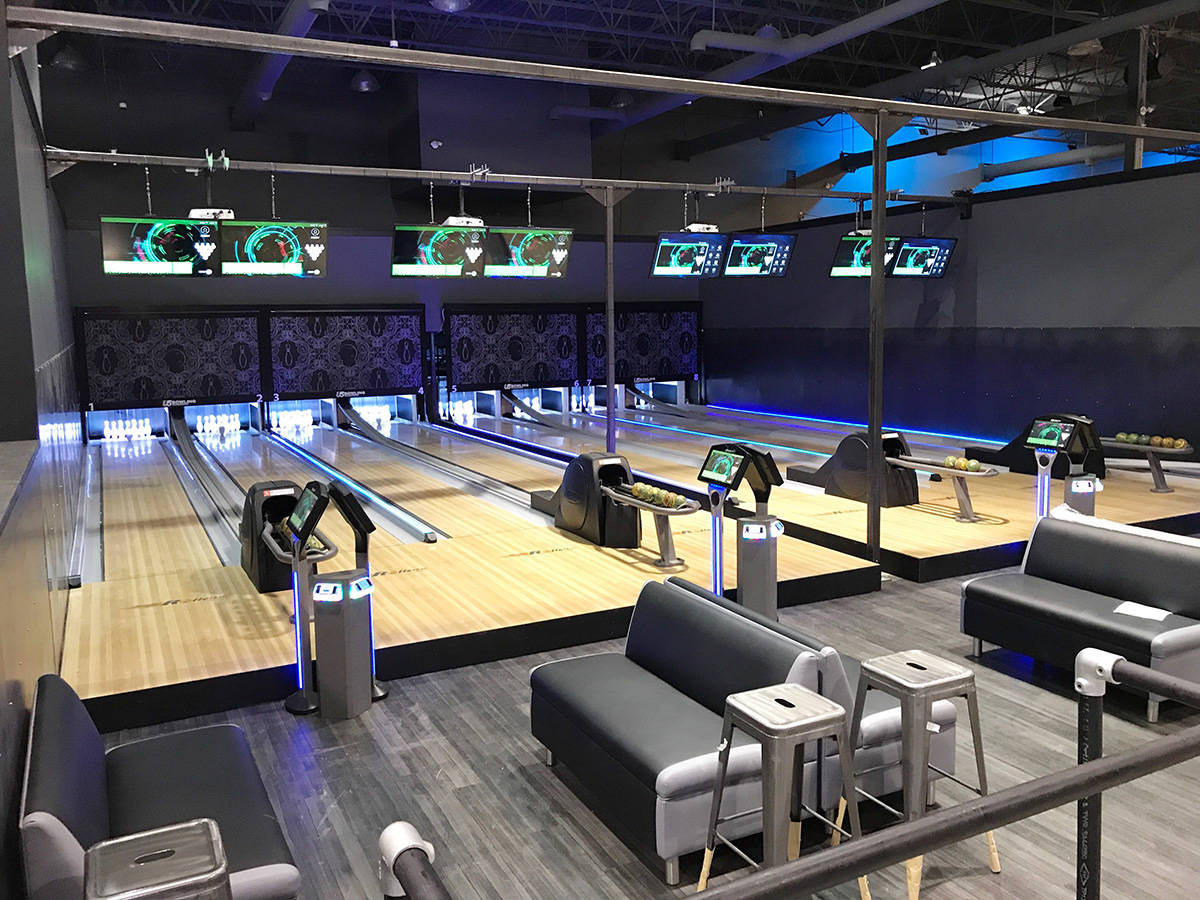 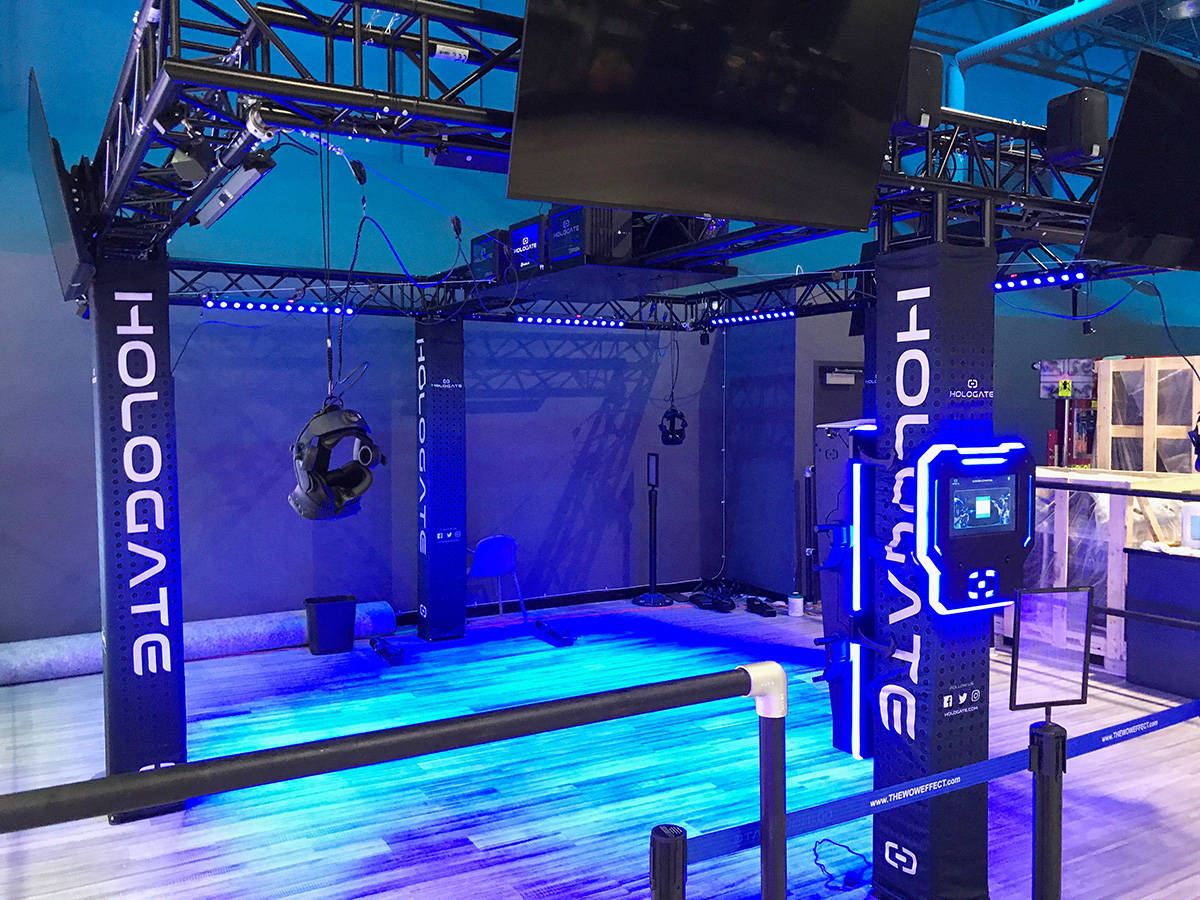 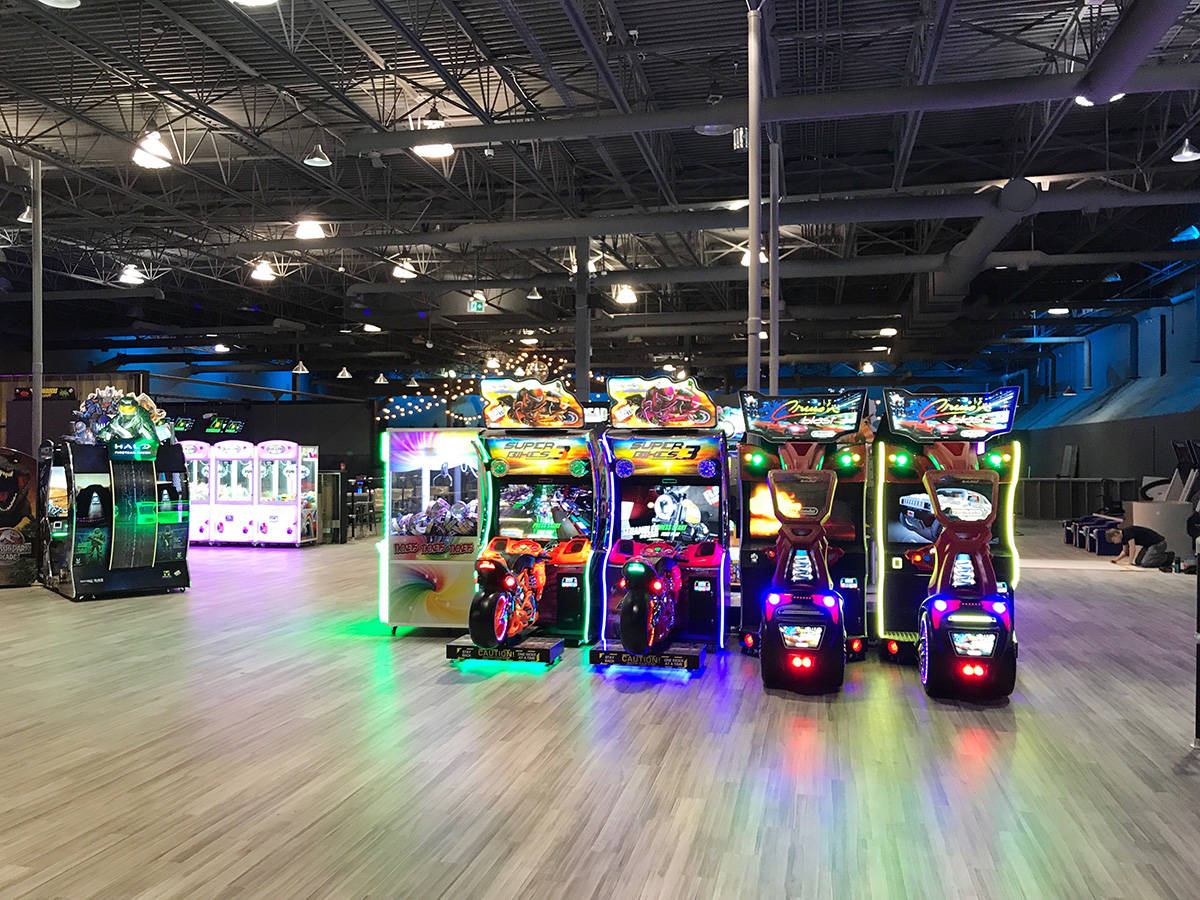 View of arcade games near the entrance of the new Central City Fun Park in Surrey. (Photo: Tom Zillich)