A Grade 10 student at Elgin Park Secondary has taken one of the top prizes in an Arts Council of Surrey-sponsored online show of art to mark Earth Day April 22, by District 36 high school students.

Min Kim, 16, won the $150 second place award with her mixed-media piece ‘Grey Earth’ in the show, titled A Planet In Peril, which was posted April 14 on the arts council website (artscouncilofsurrey.ca).

A total of 27 art works by students from Elgin, École Salish, Fleetwood Park, Fraser Heights, Guildford Park, Lord Tweedsmuir, and Sullivan Heights secondaries are included in the exhibit, which will run until May 31.

Kim’s work is described in a release from arts council board member and exhibition co-ordinator Mark Pelech as “a dynamic bird’s eye view of an inhuman world filled with toxic factories, ruined habitats, and whales sacrificed for profit.”

First place prize of $200 went to Sullivan Heights Grade 12 student Nicole Briones’ coloured pencil drawing ‘The Art of Earth’s Fever’, described by Pelech as depicting “an ill child with a greyish pallor, burning hair, and thermometer in her mouth to show the impact of global warming on the next generation.”

Fleetwood Park Grade 11 student Jayden Lee’s watercolour and mixed-media piece ArtiFISHial – imagining morphed plastic fish in reference to marine pollution and over-fishing issues – won the $100 third place prize, while Lord Tweedsmuir Grade 11 Lena Bhatti claimed fourth place and $50 with her acrylic painting A Single Prick – depicting a balloon-like Earth about to be punctured by a hand-held pin “to represent how human activity is destroying the planet.”

Pelech said the show reflects how youth are “increasingly mobilizing and using their collective voice” to advocate for the environment, following the example of activists such as Greta Thunberg.

He said the collection illustrates vividly that international support for protecting the environment, celebrated each year in 190 countries on Earth Day, includes “Surrey youth artists, who have communicated their concerns about climate change, atmosphere and energy, oceans, wildlife and habitat, health and environment, fresh water, GMO foods, waste management, deforestation, and transition to a sustainable economy.” 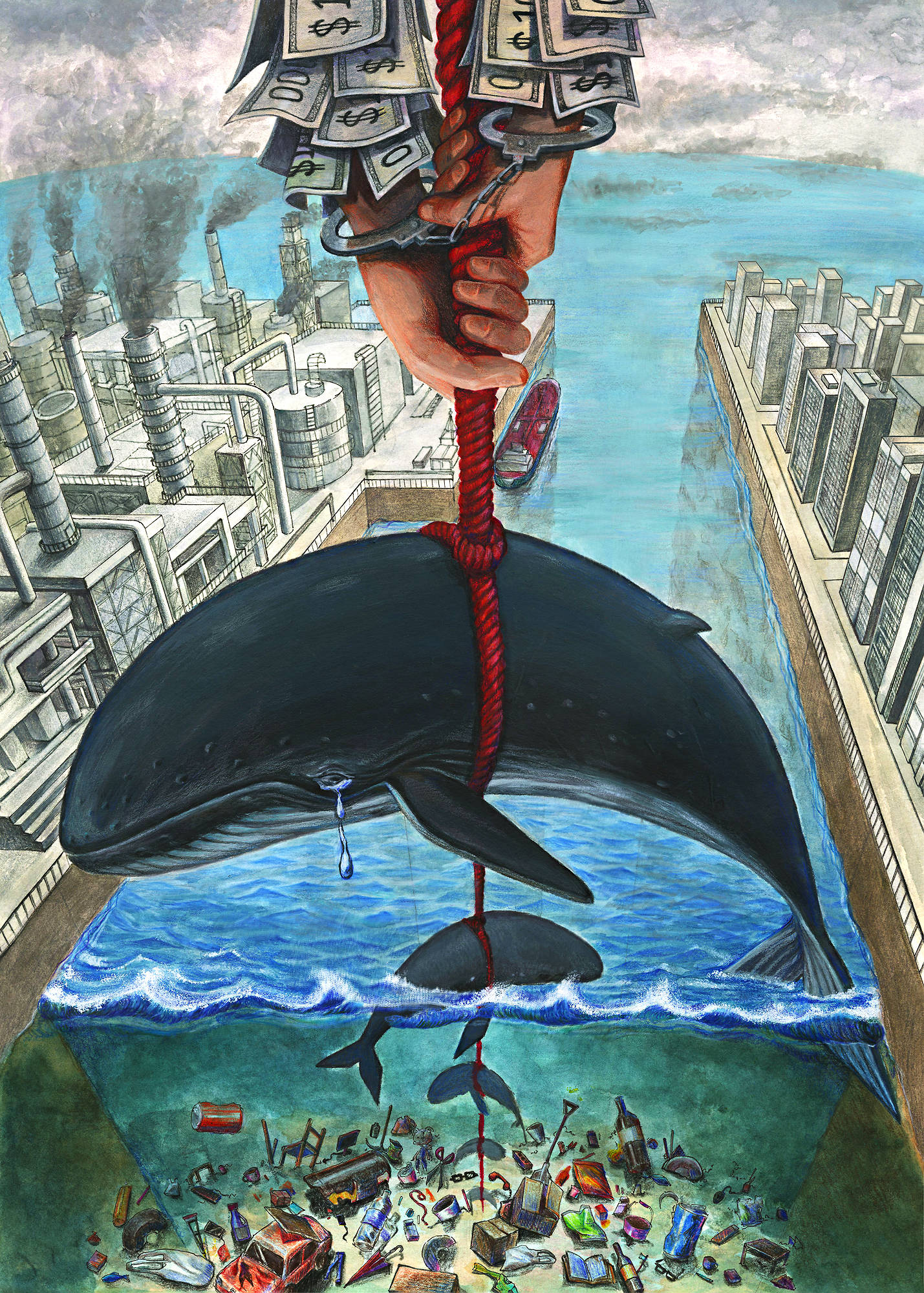