A Surrey-area family is the focus of a heart-wrenching yet hopeful new movie that documents the sexual abuse of three sisters who grew up in Williams Lake decades ago.

One of the siblings, Cloverdale resident Jeeti Pooni, led the effort to have Because We Are Girls made, to shed light on the issue and also protect and empower girls today, including her two daughters.

The sisters – Jeeti, Kira and Salakshana – were abused by an older cousin beginning in their childhood years, but didn’t tell the entire family about it until 2006. As their relatives and police were made aware of the incidents, a court case slowly developed, as did a documentary film directed by Baljit Sangra.

Jeeti knew filmmaker Sangra from her work in the fashion industry, and years ago told her friend about her difficult past.

Three years in the making, with the court case ongoing, Because We Are Girls will have its world premiere during Toronto’s Hot Docs film festival, held from May 1 to 3, and will open the DOXA Documentary Film Festival in Vancouver later this week, with screenings on Friday, May 3, and Tuesday, May 7.

Sangra’s 85-minute film, at times powerful and poignant, heartbreaking and haunting, also weaves in the moments of happiness and joy the sisters experienced as kids. In home movies, they are shown dancing, singing and celebrating weddings. In newer footage, they return to the playground at their former school in Williams Lake.

Ultimately, Because We Are Girls offers an empowering story about a conservative Indo-Canadian family coming to grips with sexual violence.

“I knew the story had to be told, and that it was a way for my sisters and I to be heard as well,” Jeeti said in a phone interview. “It was about changing attitudes and beliefs, and having the community wake up and not bury the issue of sexual abuse anymore.

The sisters felt silenced years ago, Jeeti added, “and that made me want to pursue this, because it can’t be this way anymore. And I have daughters, and to make this a better place for them, we have to start having this dialogue about sexual abuse.”

The movie reveals how the girls felt they couldn’t tell anyone about the abuse, for fear of “being shipped off to India” and being shunned for what happened.

“The biggest advantage he had was he knew we’d keep our mouths shut,” one of the sisters says of the accused, whose identity is kept out of the film.

“Any mention of him, there was no place in the film, no need,” Jeeti said. “At the time the film was being shot, the court case was proceeding, so there were things we couldn’t share, but now that it’s all wrapping up, I think the important thing is that this story is not about him, it’s about the resilience of my sisters and I, and stepping into our power and standing up for ourselves and sharing our truth, no matter if we’re believed or not. The story is more about that, and also when you see my daughters in the film, that’s when it should really hit home that my sisters and I were once little girls just like that, right. It’s to show that innocence and wake up the community to stop blaming the girls and the women.”

Committed to cultivating curiosity and critical thought, #DOXA2019 will present 82 films from across Canada and around the world, representing some of the very best in contemporary documentary cinema. Get your tickets at https://t.co/7zSL4SOJId pic.twitter.com/C25z9cqFnB

Sangra has crafted an intimate documentary about the family’s struggles, after Jeeti pushed the NFB to have her direct the feature-length movie.

“It’s not a story that can be told every day,” Sangra said. “It was more about Jeeti’s story at first, and I always imagined it as a family story, and we got them in one by one. We gained the trust of the family and the sisters.”

The sisters’ family members, including their parents, are shown discussing the past, the pain, the future.

“With getting them involved, I just had that sense, that feeling, because this wasn’t about blaming anyone or making anyone feel wrong in my family, right,” Jeeti said. “My sisters and my parents, they have that trust that I wouldn’t bring them into something where they’d be smeared in any way. I have so much love and respect for them, and they know that.… I think for my parents, they couldn’t help us, and whatever happened to us girls, happened to us, so this is a way for them to do something about it now, you know.”

Today, in addition to designing shawls for her To Desire business, Jeeti works as a motivational speaker focusing on sexual-abuse awareness. Her debut book, The Silent Stoning, is due to be published this fall, according to a description of it on her website (jeetipooni.com).

As dark as some moments are in the film, there is also some lightness and joy in Because We Are Girls.

Says Jeeti: “These horrible things have happened to me and my sisters when we were young and, in my case, into adulthood, but we still had a fun life and still did fun things – we weren’t miserable, nor do we live miserable lives now. I think that people think once you’ve been victimized, there’s a certain sorrow that lingers over you. And as you see in the film, there are happy moments and jokes we make, and that’s just us.”

The film will probably be shown in Surrey soon, Jeeti noted.

“We hope that will happen,” she said, “but there are no dates set yet. I think organizations will learn about it and reach out to us, as well as universities, and I see it playing there (in Surrey), and I do feel the film will be shown worldwide, as the word gets out.” 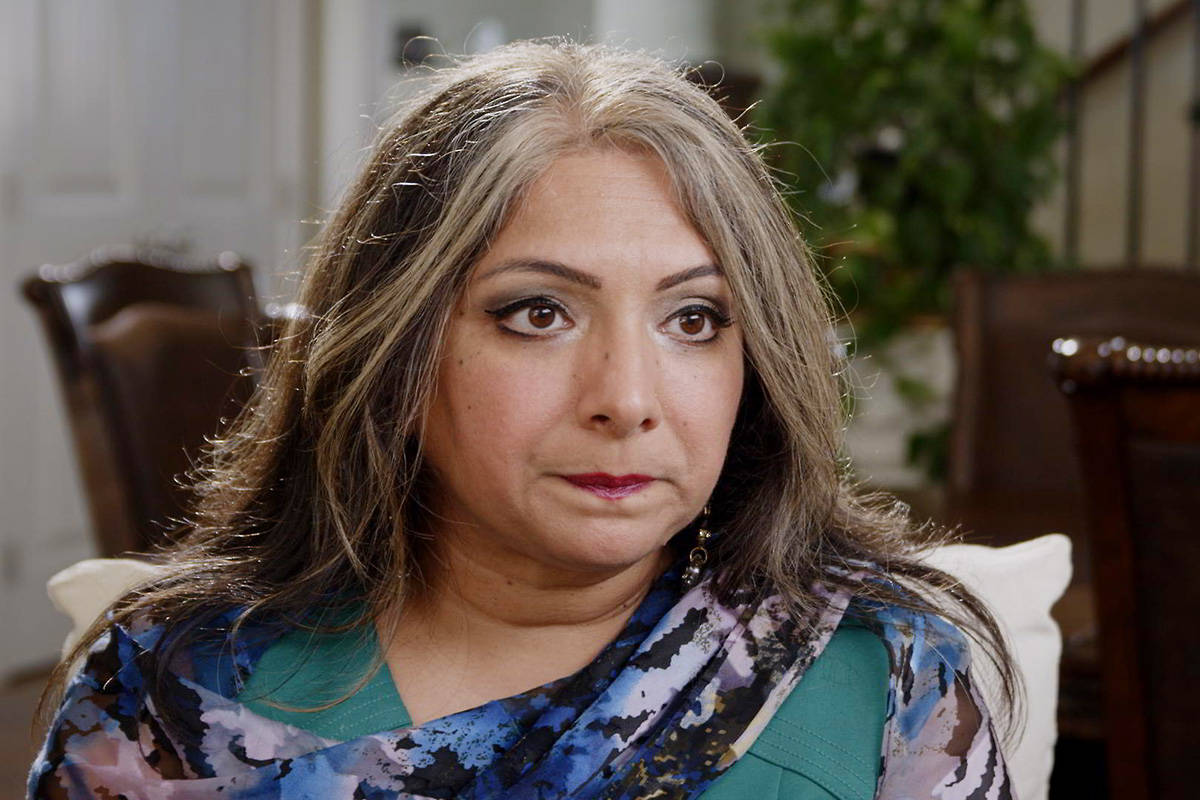 Cloverdale resident Jeeti Pooni in the documentary film “Because We Are Girls.” (submitted photo: NFB) 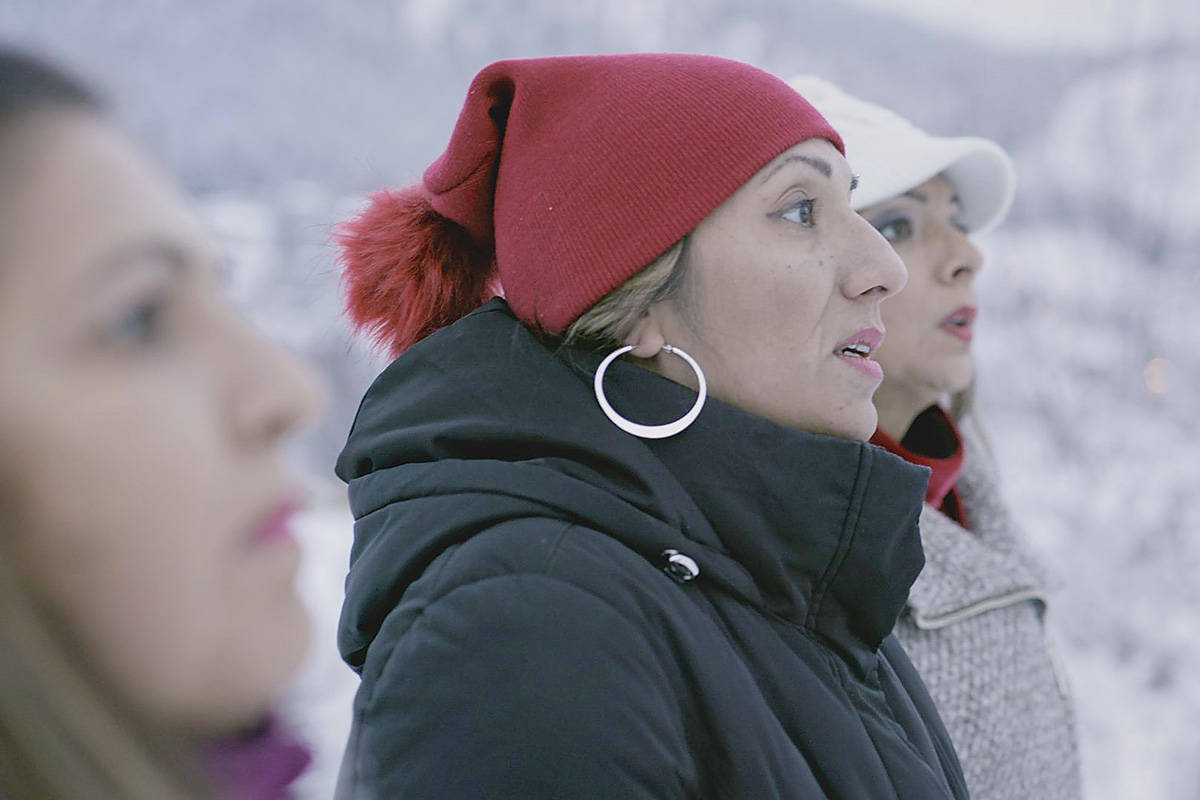 The new documentary movie “Because We Are Girls” follows sisters Salakshana, Kira and Jeeti Pooni (from left) as they come to terms with a devasting secret 25 years in the making: they were sexually abused by the same older relative throughout their childhood years. (submitted photo: NFB) 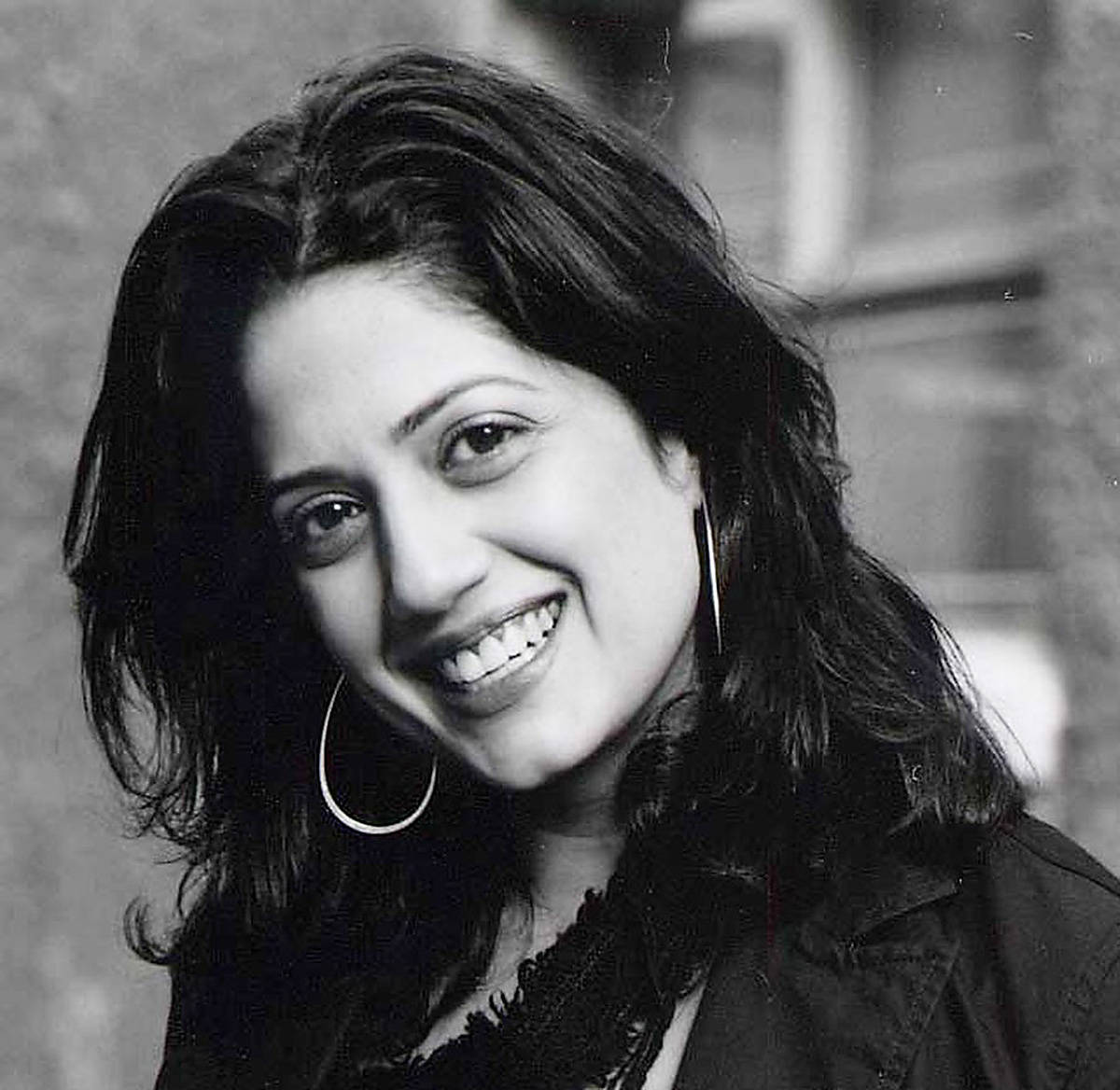 Baljit Sangra directed the new documentary movie, “Because We Are Girls.”