The second annual Light Up North Delta, held on Nov. 30 by the George Mackie Library, couldn’t get enough donations to cover its costs.

The tree lighting ceremony, started last year by the Delta Firefighters Charitable Society, saw the green corridor between the George Mackie Library and the North Delta Public Health Unit filled with Christmas lights. The intent was to have strands of lights sponsored by individuals and businesses, and to have the proceeds go towards Deltassist’s Christmas programs.

“Last year, we had Scott Hamilton helping us with a little more, and we did a little more work canvassing to the local businesses as well,” John Burr, president of the Delta Firefighters Charitable Society, said.

“Like I said, it’s our second year. It’s going to take some time to build traction.”

The event also had higher costs this year, which had an impact on the firefighters.

During last year’s holiday season, many of the lights burnt out. Burr said they had bought the ordinary Christmas lights from a local Canadian Tire for around $4,000; the combined weight of the strands in the tree made them burn out sooner.

This year, the firefighters replaced the tree lights with commercial-grade lights — a $5,000 cost, but one that will likely last more than one year. The remaining lights from last year were used in other displays around the green area.

Before the official lighting ceremony on Nov. 30, some of the lights were also vandalized and had to be replaced.

“That’s just the cost of doing business,” Burr said. “These lights don’t last forever, and you have to have some kind of replacement budget put in place to replace the lights that don’t make it year after year.

Although the event itself lost money, Burr isn’t worried right now. He compares it to the now 5-year-old Harvest Fest, which raised nearly $107,000 last year.

“For the first three or four years, we’re just getting our name out there and getting traction,” he said. “Last year was our most successful year … so it just takes time. And we understand that.”

The Delta Firefighters Charitable Society will still donate and support Deltassist’s Christmas programs this year: they give around $5,000 from the society’s funds and also provide in-kind support during Deltassist’s toy drive and Christmas hamper campaigns.

Individuals and businesses can still sponsor lights and donate to the firefighter’s other charitable endeavours. For more information visit http://www.deltafirefighters.com/north-delta-holiday-lights/. 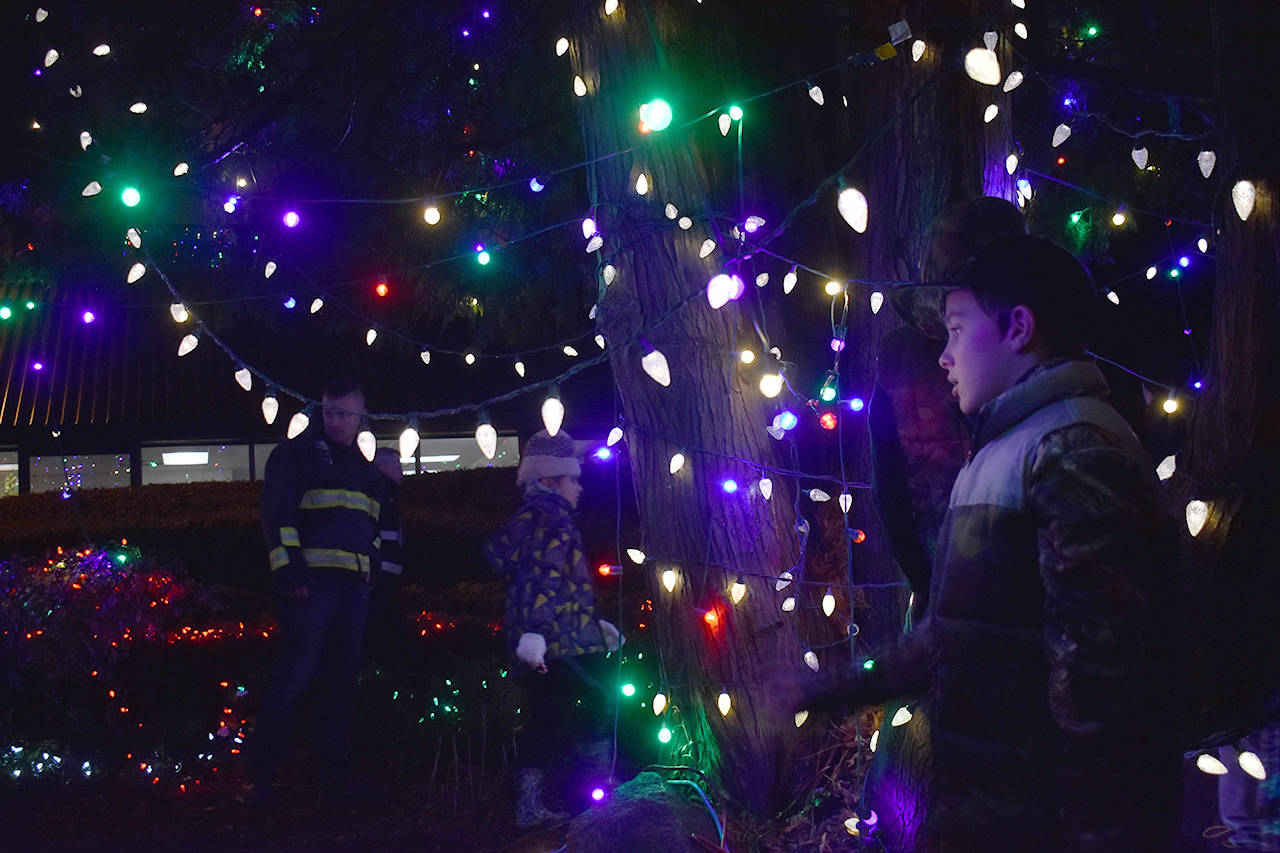 The second annual Light Up North Delta ceremony saw many kids examining the lights underneath the tree between George Mackie Library and the Public Health building. (Grace Kennedy photo)

The second annual Light Up North Delta ceremony saw many kids examining the lights underneath the tree between George Mackie Library and the Public Health building. (Grace Kennedy photo) 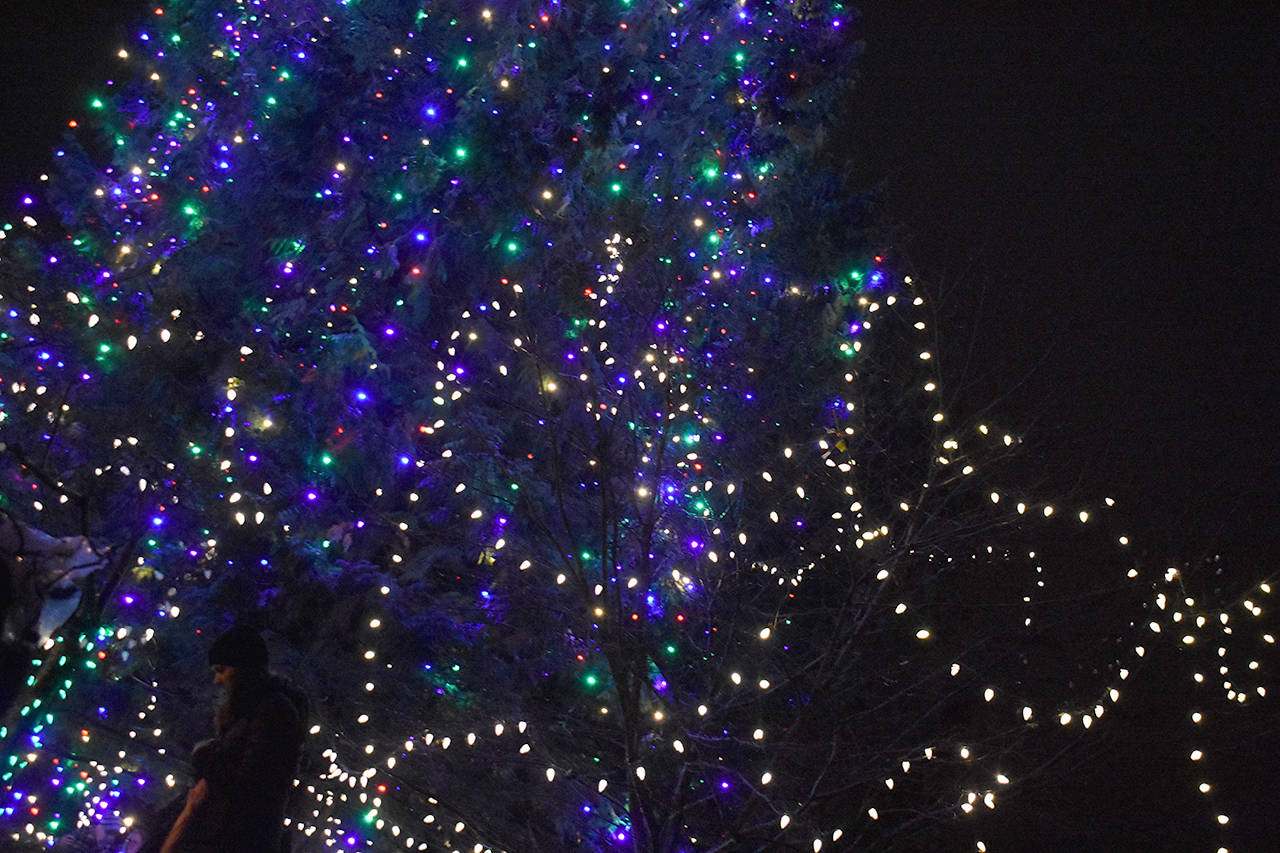 Cloverdale’s only Christmas tree farmer says, ‘It’s not as easy as people think’