The Cloverdale Chamber of Commerce’s “Clovies” honoured the best of Cloverdale’s businesses last Thursday evening at the third-annual awards event.

Twenty-seven exceptional Cloverdale businesses and businesspeople were nominated in eight different categories. Young entrepreneurs were honoured, as well as businesses of every size, new ventures and not-for-profit organizations.

New this year to the awards was the “Good Citizenship of the Year” category, which recognizes a person who has made outstanding contributions to the well-being of the Cloverdale business district and community.

It was awarded to Rick Hugh, for his decades of work in the Cloverdale community. Hugh has devoted more than 40 years to being an educator, and spent 19 of those years teaching in Cloverdale. His family’s roots go back to 1917 in Cloverdale, and their legacy leaves a lasting impact on the community today.

When introducing Hugh, the Chamber noted that “a major goal for Rick as an educator was always to bring the school into the community and the community into the school. For Rick, it’s all about passing on the generational torch that is fueled by desire to get involved in your community, and hopefully by doing so inspire others to do the same.”

Hugh received the award to a standing ovation.

“I can’t begin to describe what this means to me,” he said. “When I look around tonight I see ex-students . . . I see people I went to school with . . . I see friends of my mom and dad’s . . . And I think about the other people who should be up here beside me.”

“This [award] is for all of those guys. Thank you,” said Hugh.

The following award was the Bill Reid Memorial Business Person of the Year, presented in honour of the late Bill Reid, a past executive director of the Cloverdale Chamber of Commerce who was known in the community as “Mr. Cloverdale.” The award, which may well be the highest honour among the Cloverdale business community, recognizes a businessperson who is not only an expert in their field, but also a person who is a leader, and truly committed to their community.

This year’s award was presented to Jen Temple.

Temple has worked for Trademark Management Ltd. since 1993, starting off as a receptionist and working her way up to her current position of asset manager. Temple is one of the founders of the Clayton Heights Activity Team (CHAT), which was launched due to Temple’s passionate perseverance and genuine care.

Temple also sits on the Cloverdale Integrated Task Force committee with the Surrey RCMP, is a recipient of the Surrey Board of Trade’s Police and Business Partnership award, and was recently selected for a Surrey Women in Business Award as well.

The Giddy Up Award, presented to a person or organization with a real get-up-and-go gumption, was the last award of the evening. In recognition of his nearly 20 years of service to the Cloverdale community, Paul Orazietti was honoured for his community spirit, and for the large annual events that he organizes every year, including the bed races, the chili cook off and the Surrey Santa Parade of Lights.

The winners of the 2018 Clovies were: 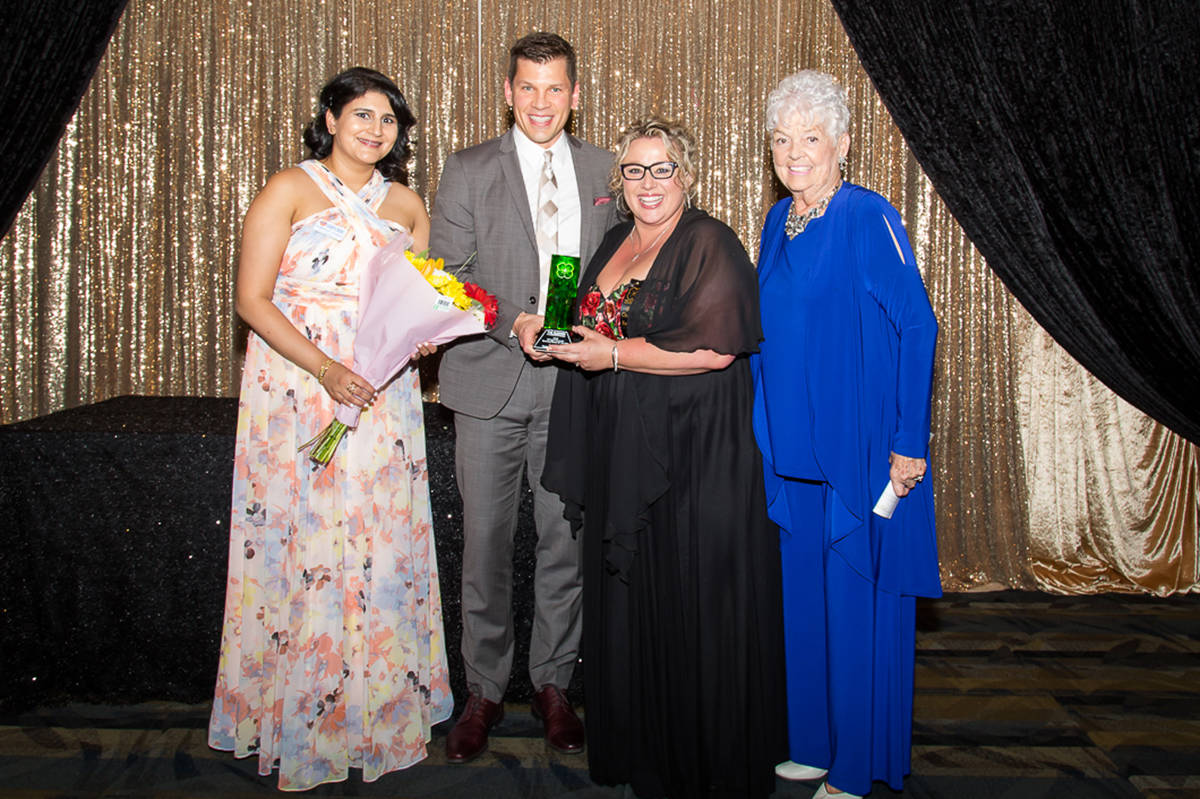